22 Days Starting and ending in Kathmandu 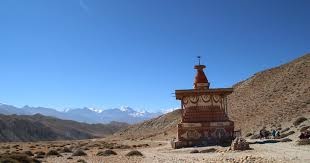 The trip will be postponed to later date

To book your trip you must send us filled booking firm along with 40% of the non-refundable deposit. This refer as you have accepted the terms and conditions of Megamount Trekking and Expedition . Now you need to scan copy of your passport to our office, after receiving your passport, booking firm and 40% of non-refundable deposit we will send you a final confirmation letter.

22 Days Starting and ending in Kathmandu