This tour is no longer available 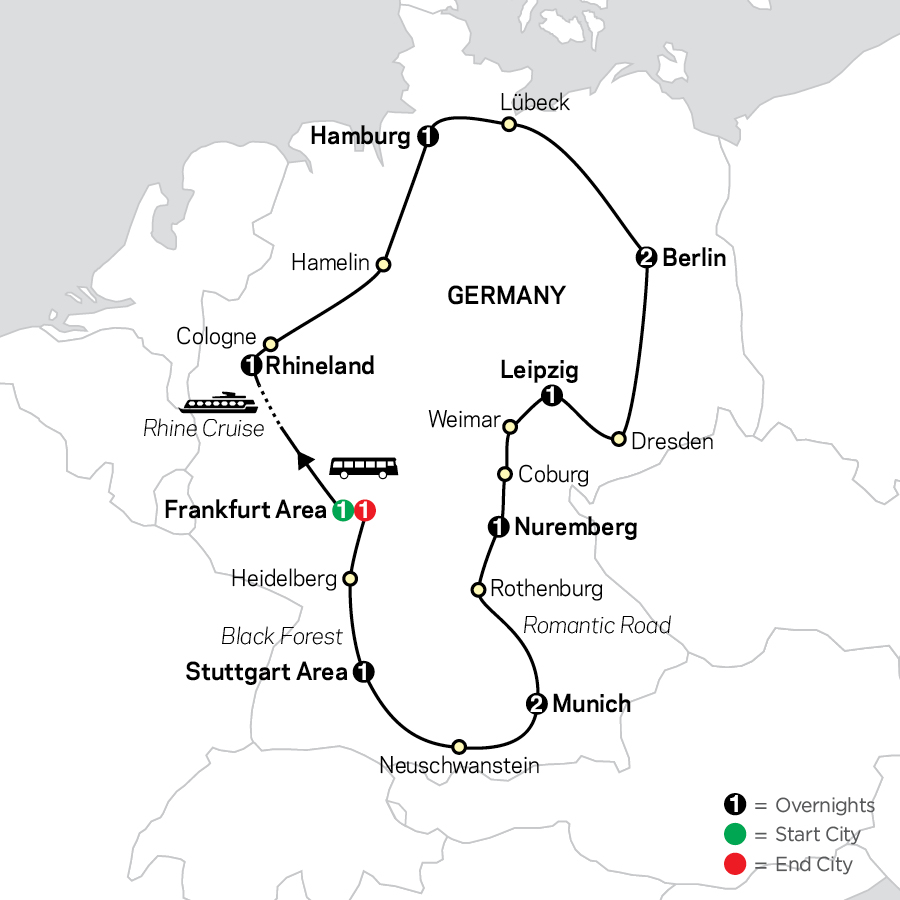 Cosmos is committed to minimizing our impact on the environment and to reducing dependence on non-renewable resources. In this endeavor, we have implemented policies to support this mission and are working carefully to enhance our products with this mission and our values combined. We are committed to complying with all relevant legislation and/or regulations.

Travel documents, including any air tickets, itineraries, and other information, are available approximately two to three weeks prior to departure provided full payment has been received.

All guests are fully vaccinated against COVID-19 for travel through February, 2023. Beginning March 1, 2023, while we highly recommend vaccination, we will no longer require it. We ask all guests to comply with airline and destination requirements, which still may apply. To check your destination requirements for your travel dates, view the Latest Travel & Health Restrictions for Travel.

"There are so many hikes and beautiful scenic nature views, especially along the valley. Head to Mariposa for some scenic trails. "

"Sunset offers incredible opportunities to view wildlife & watch the colours highlight El Capitan as the sun sinks beyond the horizon."

"Look for wildlife sightings throughout the park!"

Must pack items for Yosemite West

Benefits of a tour guide for Yosemite West

"Access to information about the best hikes, insights and tips to make your trip magical and unique! "

"Head towards the Hetch Hetchy reservoir for some amazing views of the stunning lakes along the Sierra Nevada mountain range."

"Drive along the valley for amazing views of El Capitan, Half Dome, Bridal Veil Falls and giant sequoia trees. Head up to Tunnel View for stunning views of the valley below."

"Best time to watch Old Faithful erupt is around sunset, there will be less crowds & beautiful sunset views!"

What do you love most about Yellowstone National Park?

"There are so many natural wonders to observe and amazing places to explore!"

"Pack for the weather & season, bring layers, an umbrella, a reusable water bottle, comfortable shoes, bear spray and of course, your camera!"

"Keep a keen eye out for abundant wildlife, especially in the Hayden Valley area!"

Benefits of a tour guide for Yellowstone National Park

"They're able to provide tips and insights, and ensure you see the best sights throughout Yellowstone NP!"

"If you're a move fanatic, you can find the "Mrs. Doubtfire" home and several other film locations around the city."

"Take a relaxing walk around Palace of Fine Arts."

Must pack items for San Francisco

"One of the best-kept, charming & quaint historic towns in the USA. "

Benefits of a tour guide for Charleston

"Known as the holy city, there are so many historic churches to explore & a tour guide can provide all sorts of insights & information about the history of Charleston."

"Walk off the beaten path & put down the map, Charleston is a picturesque city with hundreds of quiet little lanes just waiting to be explored."

"Plan to wear comfortable shoes that have grip & can handle cobblestone streets!"

"Head to Callie's Hot Little Biscuit and grab a sample of the delicious fresh-baked biscuits!"

"There are 5 historic plantations in the area to tour. "

"There are over 20 squares, which function like a park located all around the city. They're perfect for resting weary feet & people watching."

"Head to Forsyth fountain and enjoy the shade while you stroll under the tree-lined path."

Must pack items for Savannah

"Explore the historic Riverfront area, browse the shops & sample a free praline or grab some gelato at Savannah's Candy Kitchen."

"Spring is wonderful because the weather is perfect, warm but not humid."

"The best time to visit this place is from October - April, whilwhene there are much fewer people and the temperature is so mild. During the summer it can be extremely crowded and hot!"

What do you love most about Valldemossa?

"The little streets with the green plants are so cute and the views are just perfect from every corner!"

"You can combine this beautiful village with a visit to Deià, Soller and Fornatlux!"

Must pack items for Valldemossa

"Bring comfortable shoes as you will walk a lot. Also bring water, during the summer bring sunscreen and a hat to avoid the heat! "

"Puerto Varas is an adventure hotspot in the Chilean Lakes District. Watch for wildlife as you go whitewater rafting on the Petrohue river, hike the national park, or check out nearby waterfalls."

Born in Puerto Rico, I am a former journalist who has lived and worked in 9 cities, 5 states, 2 countries, and countless other places while wandering the globe. Currently on a family gap year.

"In the centre of town is a vibrant plaza, with a huge mural & sign which are great for photo ops! "

"LDM is the perfect location for a get away with friends, your family or a quiet getaway with your special someone 💖"

"Look out for surprise visits from whales if you're visiting in late November or early December as they are migrating. You never know when they'll show up! 🐳 there are lots of dolphins in the area as well🐬"

What are the best foods & restaurants in the area?

What are the best drinks?

"To snag a pic of "Slap Street" by yourself, plan to come early before shops open or later after closing."

"Visit the "Hippie Market" to hunt for the Iguana tree & check out beautiful locally made souvenirs."

What do you love most about Sayulita?

"Sayulita is the quintessential beach town along the Riviera Nayarit, it provides the perfect combination of an authentic Mexican beach town with beautiful views, upscale shops, restaurants & the beach."

What do you love most about Albania?

"The beaches! The Albanian Riviera has some of the best beaches in Europe!"

Where to visit on the coast?

"We recommend having Himare & Ksamil as bases to explore the surrounding beaches and inland towns."

Must pack items for Albania

"Sunscreen.. you'll spend a lot of time on these beautiful beaches!"

"Do not miss the cute inland town of Gjirokaster! A must when visiting the region!"