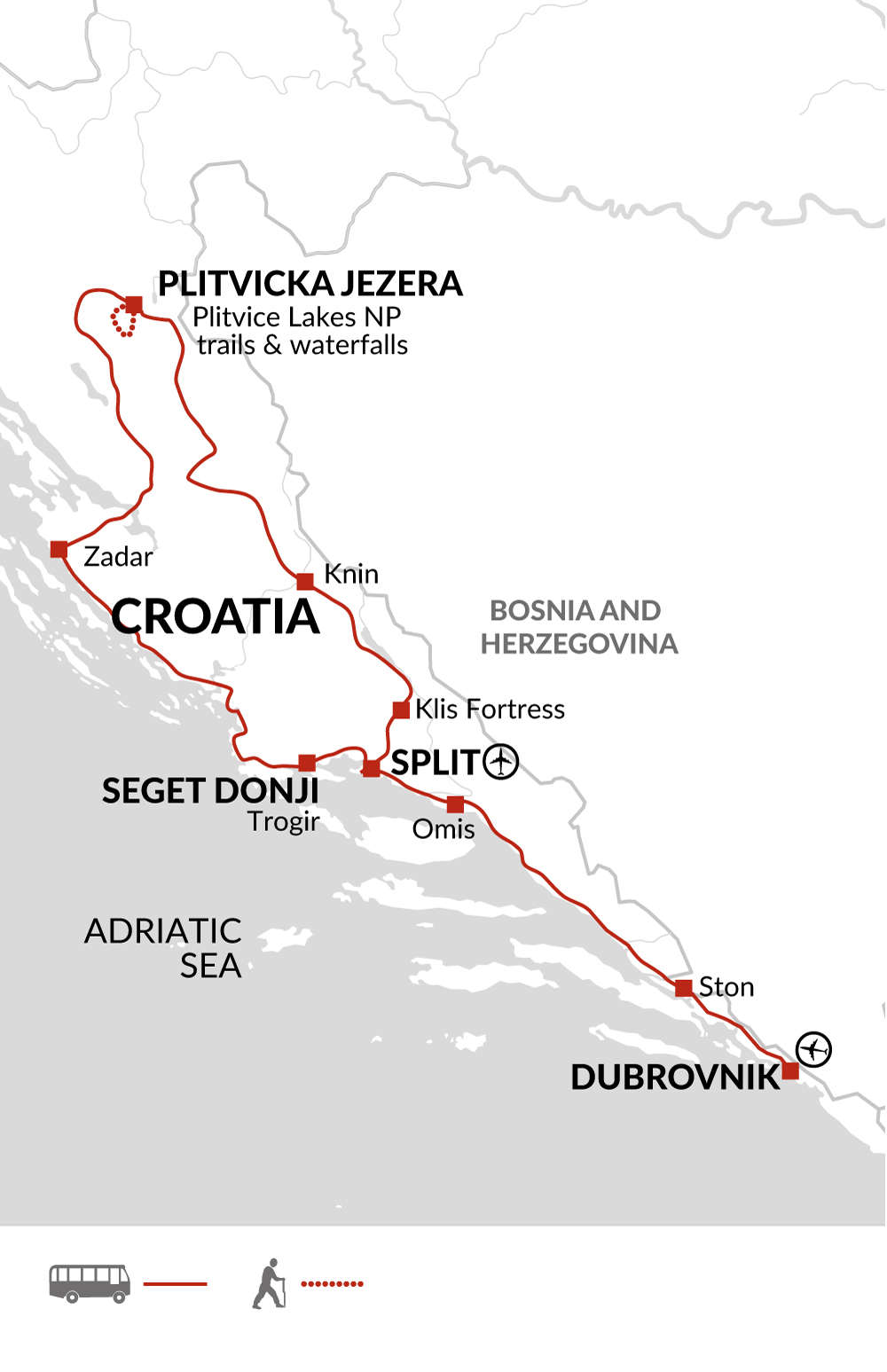 Discover the hidden gems of Plitvice National Park, the UNESCO Heritage city of Dubrovnik and the charming town of Trogir in this one week trip.
Book with flexibility

He offered local options for excursions to fill free days to maximise the experience for us.